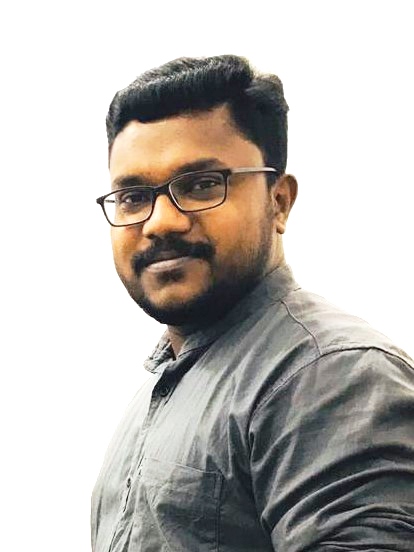 Hi, my name is Jerin Jacob and I am an husband of a heartful wife and I am the father of a curious boy.

I am a Digital Productivity Hacker and Entrepreneur. I am the founder of RightProductivity & the co-founder of HereNow Digital & InboxReacher.

I am on a mission to empower 10,000 entrepreneurs to beat procrastination so that they can build an ethical & impactful business faster.

How I Have Risen Up From the Dark Side Of Procrastination?

How I've Risen Up From the Dark Side Of Procrastination?

When I started my entrepreneurial journey…

I always felt that there is enormous potential deep down in me but somehow I couldn’t take action to unleash that potential.

I dreamt about big things but when I was ready to take action I got distracted with endless things.

The more I procrastinated to take action, the more frustrated I became.

Then I got introduced to “The Secret” documentary which led me to become an avid follower of the Law of Attraction but it has actually worsened my procrastination as these so-called ‘Gurus’  say, whatever you want, you just have to simply ‘think’ and you will attract it in your life…

Of course, thoughts are powerful but unless you take action, no law will put the food on the table.

Waking Up at 5:00 AM Don't Solve Procrastination

The lack of results with Law of Attraction disheartened me yet I kept my curiosity alive and I attended numerous conferences to learn from these accomplished men and women to figure out how they have moved from a procrastinator to an action taker.

Even I went on to a digital marketing conference and asked one of the speakers how did he manage to post all of these Blogs and create Courses without procrastination.

It seemed to me, including this speaker, no one wanted to reveal their secret.

No one really shared anything solid which was transformational.

They were all talking about waking up at 5 AM, doing meditation and all those typical self-help stuff.

Those changes didn’t last too long. That means those were not permanent solutions. My confidence started to diminish and started thinking that I would never achieve my dreams.

Yet I never stopped my search for an answer to fix procrastination forever.

After many months of research, I finally found out that…

The core, the base of procrastination are because of Less Attention Span, Unconscious Limiting Beliefs and Messy Professional Space & Time.

I deep-dived into each of these things to fix these 3 components and in the process I even travelled to Kuala Lumpur, Malaysia to meet one of Australia’s top 50 entrepreneurs who built a 100 Million Dollar business. Because he is an highly-successful entrepreneur who never procrastinated to take action in the process of building an impactful business.

One answer led me to another and finally I created an unique procrastination-removal methodology based on scientific principles.

Then I became the ‘guinea pig’ to test this methodology and it worked like a charm. Whenever I practiced this method, magically there was no more procrastination… I wondered will this change last so long… I waited for months before I could share this to the world.

I wanted the data to prove that I have taken enough action without procrastination.

Later once I got the enough data to prove that it works, I shared it with a small group of people the results were truly amazing…

Since then I am on a mission to:

Empower 10,000 entrepreneurs to beat procrastination so that they can build an ethical & impactful business faster

This unique procrastination-removal methodology is now named as – the Action Loop. It has 3 major components in it –  Undistracted Digital Life, Unchained Self Image and Uncluttered Space Time.

It is called Action Loop because when you implement this in your life, you will bound to become an action taker as if you are in an endless loop of action. 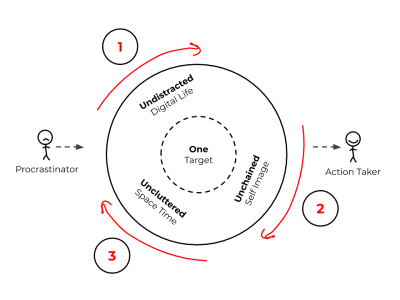 When many of us live the same year, year after year, I have learnt, experimented with and gain expertise on multiple things in in this life time because of Action Loop.

Now with Action Loop I know what switches to turn on to keep me firing at a super productive level.

Let the number of things I did (as enlisted below this section) speak for itself, as a testament for the Action Loop

Once I realized, I could fix this habit for procrastination whenever I want, l became unstoppable & started sharing all the learnings and experiments to the world through the online training called – Procrastination Beater Masterclass. .

I am truly excited for you, because I can’t wait to see you transform from a procrastinator to a super productive entrepreneur so that you can build & contribute amazing things for our world.

It's Time to Re-Build Your Dreams with Action Loop

In the Procrastination Beater Masterclass, You will Learn, How to Get Things Done, Eliminate Distractions & Become a Super Productive Entrepreneur without Procrastination & Laziness Even If You are Overwhelmed with Many Things to Do!

We Intake Limited Number of Participants Per Batch. So Don't Procrastinate On This. Go Ahead & Fill Up the Application Form Before Door Closes Soon!